The Day I Met Epilepsy

I had no idea on June 6th 2014, that our lives were about to change forever.

It was 9:00 am. Zach, our 9-month-old baby girl Remy, and I were just waking up when Remy began acting very restless. Typically, when she was restless, nursing her would get her right back to sleep, but that wasn’t working. This time, Remy couldn’t settle down. She rolled back and forth as if she were having a nightmare, whimpering and whining almost like she was nauseous.  I asked Zach if he would rock her back to sleep while I got up to make coffee. Zach always has such a way with soothing babies. He has patience while they cry and a magic pat on their butt, that typically calms them down.  As I made my way to the kitchen, I heard silence and knew that Zach’s magical ‘pat’ did the trick.

A few minutes went by. Zach called out for me in a panic. 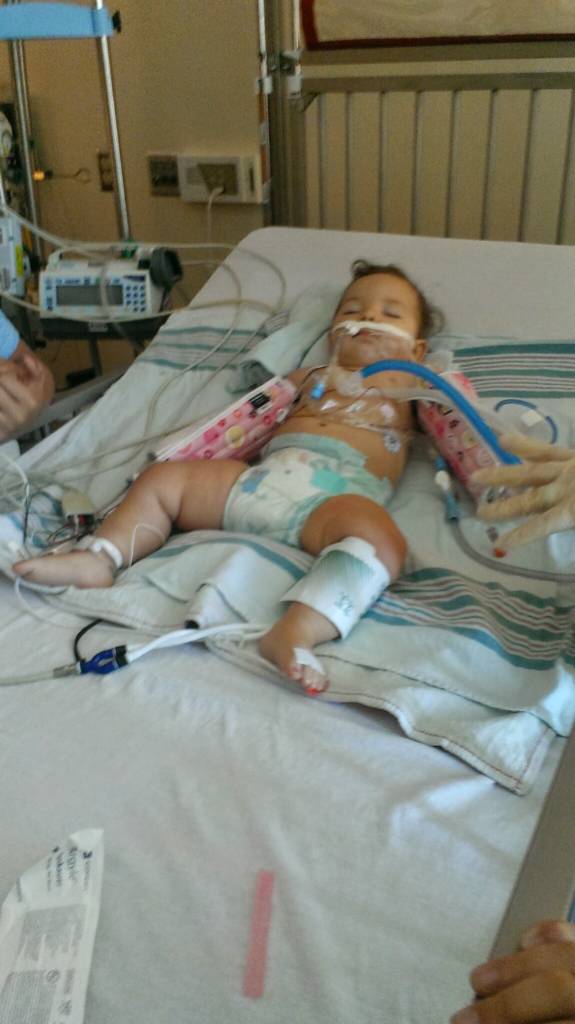 The tone of his voice told me to run.

I dashed in to see Zach standing in the middle of the room holding Remy.

“She is really stiff. She isn’t breathing.”

Remy’s eyes were open, but she didn’t respond. The life inside of her seemed to be fading, and fast. Her lips were a grey-blue and spreading quickly to her nose and eyes.  She looked as if she were dying, or dead. We laid her on the bed and shook her as if to get her to snap out of it. She was so stiff and still that whatever we tried, did nothing. Then her right arm began shaking.

I started to pray as if I needed to let God know what was going on because surely if he were paying attention, He would never let this happen.

I picked up the phone and dialed 911.  Time started to slow down. Every second felt like forever because everything I was doing wasn’t fast enough. It was like a dream where you are running, but your feet won’t lift from the ground.

“My baby is nine months old, and she isn’t breathing, she is turning blue, she’s stiff, and we can’t get her to respond to us,” I said, as calmly as I could muster, but knew I must have sounded panicked.

“OK, I will guide you in performing mouth to mouth.”

I clicked my phone on speaker and placed it on the bed so Zach could hear and listen to the dispatcher’s directions.

“Lift up her chin and blow in her nose and mouth at the same time. Blow with the air that is in your mouth and not air from your lungs. Do this slowly and repetitively. Now, how is her color now?”

“It’s better, she is turning pink again, and she is waking up. She is starting to make noise and look around.”

“Ok great, the paramedics are on their way.”

“She is turning blue again” Zach chimes in “I will keep going.”

I heard the sirens of the firetruck and ambulance getting closer. I ran to the front door to let them in. As they rushed in, a sigh of relief came over me. ‘We weren’t alone anymore.’

About 12 people filled our room. Zach and I backed up and let them take over. One of the paramedics pulled me to the side while everyone was working on helping Remy.

“Your baby is having a seizure. We gave her medication in her nose that should have stopped it, but it isn’t working. We are going to take her to the hospital.”

“Absolutely,” I said, or thought, or nodded

As I ran to the front seat of the ambulance, Julian followed me and asked if Remy was ok

“I don’t know Julian, but now is the time to pray.”

To the hospital we went

I rode in the ambulance while Zach and the boys followed behind in the car. The ambulance driver tried to talk me through what was happening. He said that when they heard the call about a baby who wasn’t breathing, they moved ten times faster than they knew what to do. Each one of the responders had children, and they felt a deep need to save Remy’s life.

I felt like I was having an out of body experience. One minute we were laying in bed wondering what we would eat for breakfast and the next minute we were on our way to the hospital begging God to spare our daughter’s life. How could this be happening? Remy was healthy, happy, joyful and so full of life. She was as close to perfect as a human can get, and this all didn’t make the least bit of sense. But regardless, this was happening.

When we arrived at the hospital, we rushed right into a room. There, waiting for us was a room of ten or fifteen hospital staff ready to get into action. There were so many people helping. I couldn’t get a good look at Remy to see if she was ok. All I saw was that they had an oxygen mask over her face and that they had stripped her clothes off down to her diaper. The EMTs and medical staff were busy transferring information and care instructions when I found a seat in the corner of the room to stay out of their way. Even though I quietly and calmly sat there, I was anything but calm. ‘was this the last time I would see Remy alive?’ I hoped not, but wasn’t sure.

The doc goes to work

The doctor stood at the foot of the hospital bed. He was young. Maybe 30. It looked like one of those TV doctors you know wouldn’t pass for being a real doctor. I hoped my judgment was wrong because Remy’s life was in his hands. It wasn’t, but two or three minutes that I realized that my first judgment was off because he knew what he was doing, it was evident. He had his hands folded in front of him intensely thinking. He started to instruct everyone in the room while pointing his finger this way and that way.  It reminded me of a conductor at the symphony. The entire medical staff was like the orchestra with their instruments in hand waiting for permission to play their music.  It all was new to me, but I could see that the whole team were very well versed in their particular field.

There were stickers and wires and tubes and machines all doing different jobs and connected to various parts of Remy’s body. I couldn’t see her but I knew the medical staff was doing everything they could to keep her safe and that gave me a little reassurance. I looked at the clock and then my phone, I had made that 911 call 35 minutes prior. Was she still seizing? I had no idea at that point but knew that if she was, it must have been an unusually long seizure. Maybe it wasn’t. I had no idea. I just sat there and prayed and waited, About 10 minutes went by, and the doctor finally turned towards me.

“Remy is having back to back seizures. She will come out of it and then go right back into another seizure. The drugs that typically stop seizures aren’t working, and we will need to give her something much stronger through an IV.  We are going to put a tube down her throat, give her a paralytic, some sleepy medicine and something for the pain so that we can safely give her the medicine and force this seizure to stop. This medication we want to use will work, but it will also stop her ability to breathe on her own. Do you have any questions?”

Um, well, um, well. Wait, what? All I heard was tubes and paralytic.

“Is Remy going to live?” I muttered.

“Absolutely! We do still need to do some tests and will transfer her to a pediatric hospital, but the worst part is almost over.” He was confident, and that was soothing.

“OK, then I don’t have any questions,”

“You are very calm. We don’t see that from parents very often.”

Apparently, my outsides weren’t matching up to my insides because I was freaking out. I just didn’t want to add any more stress by acting like a crazy person and take attention away from them helping Remy.

After a few minutes, the drugs worked.

The seizure was over

Zach walked in after getting the boys settled in the lobby. He assessed the room and got the scoop from the nurse. The tubes were in, the medication administered, Remy was asleep, and the room calmed down. Slowly people started to leave the room, and Remy was laying on the bed asleep. There were tubes in her mouth, wires and stickers were all over her body, and I had no idea what any of them did, but the sight looked scary.  Even with being hooked up to machines, seeing Remy sleeping was the best sight I had ever seen. Quietness, peace, rest.

The worst was over 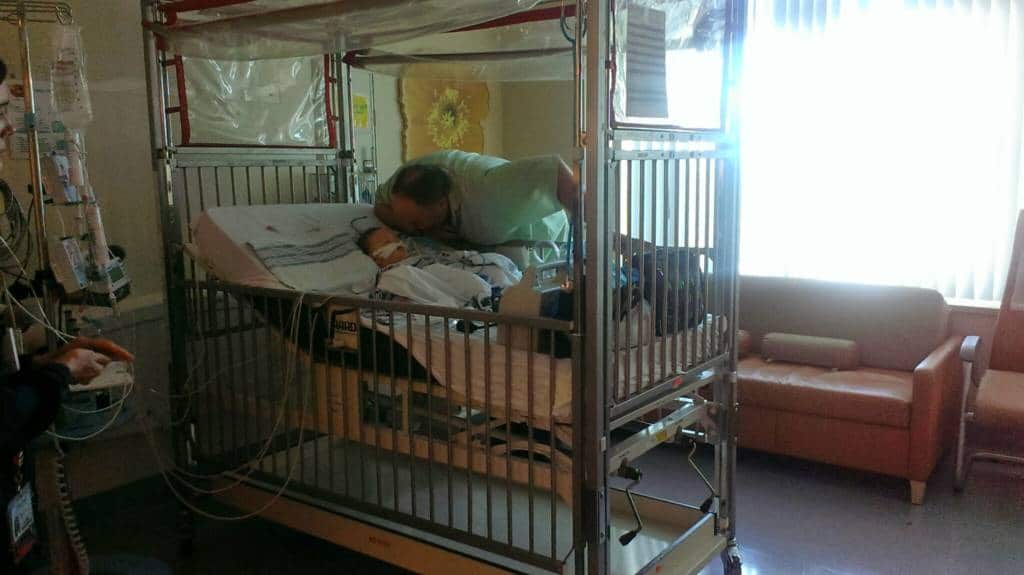 Since everything had calmed and Zach was with Remy, I left to see the boys in the lobby.

As I walked down the hall to the waiting room, I knew I needed to put on a brave face. I needed to be strong for my boys, so they weren’t terrified like I was.

The boys were sitting on a bench in the lobby. They both stood up as I walked in and hugged me.

“How is Remy?” Julian quickly said. The look on his face was very concerned.

“She is stable and sleeping. They gave her some meds to stop the seizure, and she is doing much better” I was as reassuring as I possibly could be. “How are you doing Julian?” 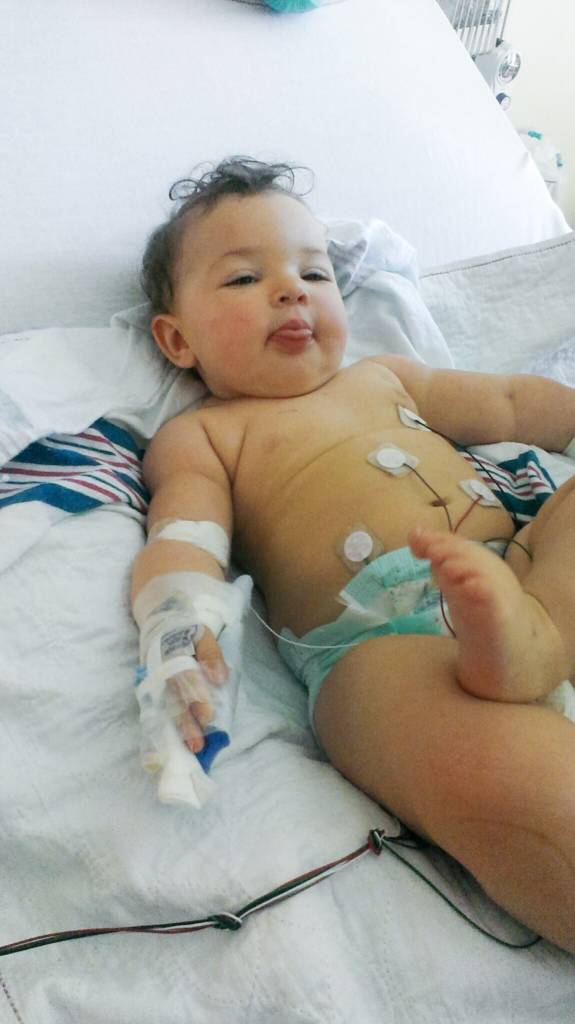 “Not good at all!” Tyson said, partially whimpering and completely distressed.”

“Oh, I know buddy, you are just worried about Remy. That is normal.”

“No, it’s not that.  It’s just that I can’t get the Wi-Fi to work and I have asked the lady at the desk three times what the password is, and it’s still not working.”

I laughed hysterically. Inappropriate yet hilarious, this was the first familiar and ordinary thing I had heard all day. The boys were stronger than I gave them credit for and they weren’t picturing the worst outcome possible like I was. I knew right then that it wasn’t necessary for me to put on a brave face for them. They could handle way more than I thought. It was in that moment that I knew, everything was going to be ok. 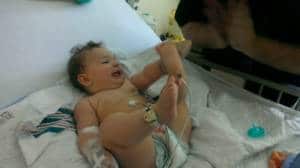 I would love to hear from you.

Leave me a comment below and share a story that changed the trajectory of your life. How did you get through that event?

The biggest events in our lives are typically ones that we never saw coming. Those moments will always be so fresh in our minds.

Thanks for stopping by. I cant wait to get to know you more and walk this journey together. Subscribe to my blog so we can continue the conversation. 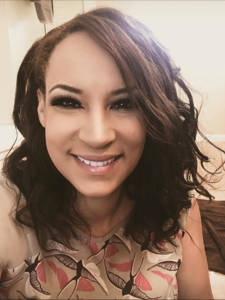